APR’s ECU Upgrades are the best dollar-per-horsepower modification one can make to the 3.0T engine. The upgrades dramatically increase horsepower and torque, making for an exceptionally quicker and more exciting vehicle. This is made possible through APR’s optimization of the factory engine management system to take full advantage of the engine’s capabilities, without needing any end user adjustment. Once the ECU is unlocked, the software loads to the factory ECU through the OBD-II port, resulting in a clean and headache-free install.

Each stage includes several adjustments and features to make the driving experience more enjoyable. We’ve not only made the engine more powerful, but we’ve improved acceleration, removed the speed limiter, enabled left-foot braking or brake boosting, defaulted the auto start/stop system to “off”, properly rescaled the boost gauge, increased the stationary rev limiter, optimized thermal management and protection, designed the software to support normal bolt on modifications while not requiring any for the baseline configuration, and eliminated the need for a TCU upgrade to deliver maximum torque while still accurately reporting torque to the ECU.

The APR Stage I ECU Upgrade is the first step towards making more power! This simple upgrade requires no engine hardware modifications, and produces 431-480 HP with 467-549 FT-LBS of torque depending on fuel grade. Gains as high as 85-123 HP and 103-176 FT-LBS of torque are available throughout the power band, depending on fuel grade and factory output, making the vehicle exceptionally quicker in all scenarios. 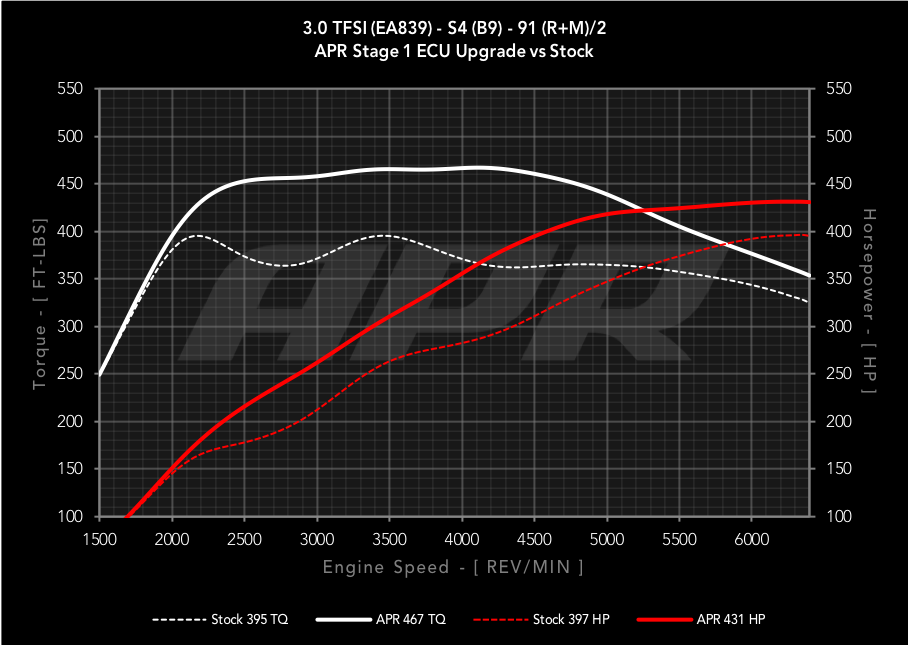 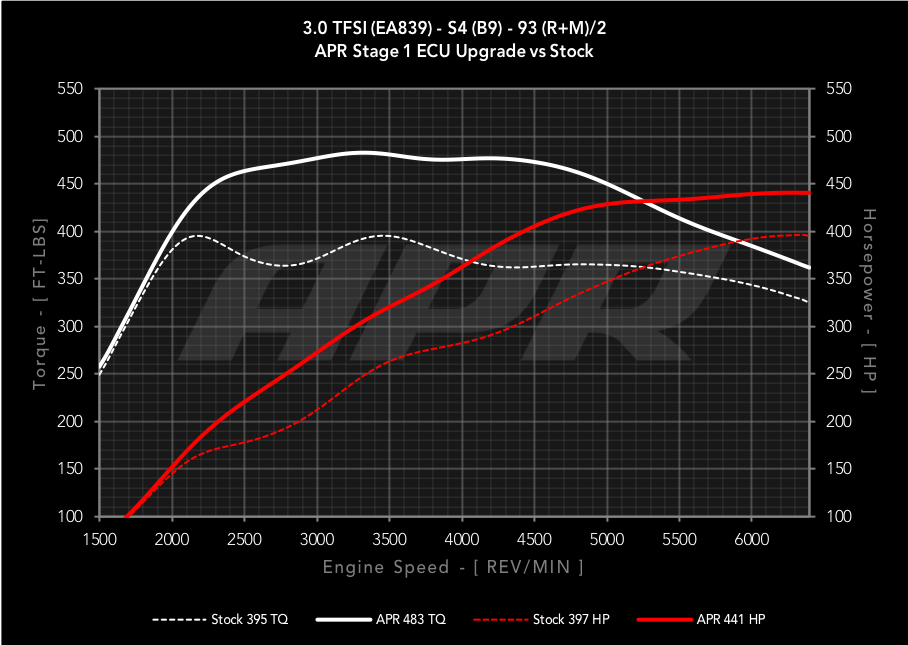 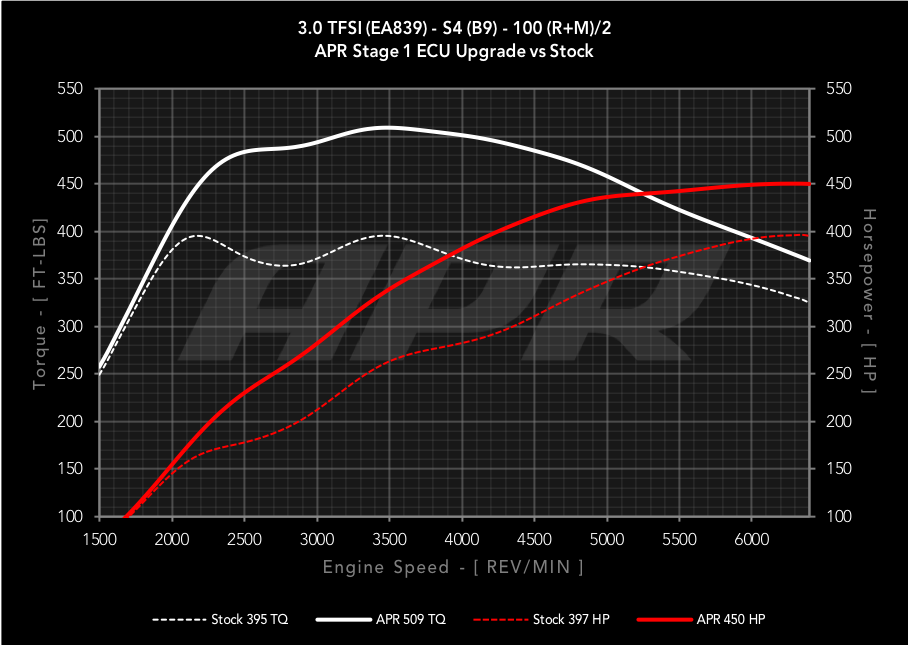 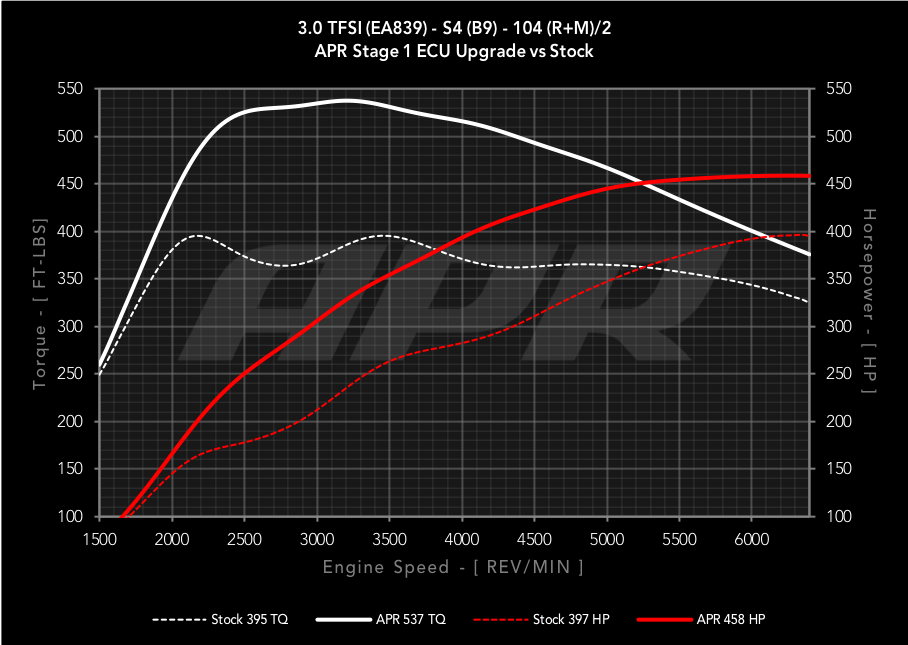 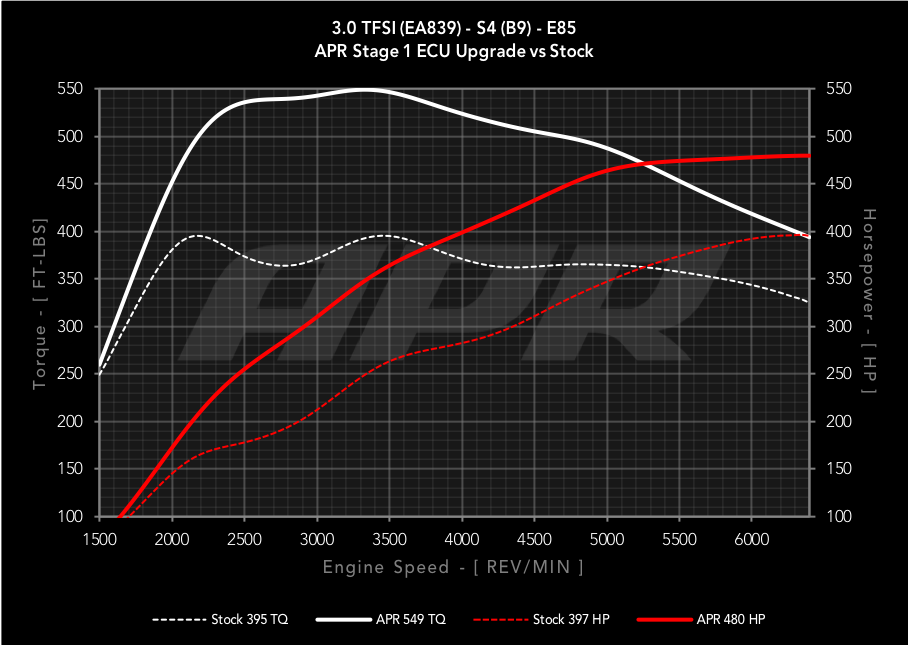 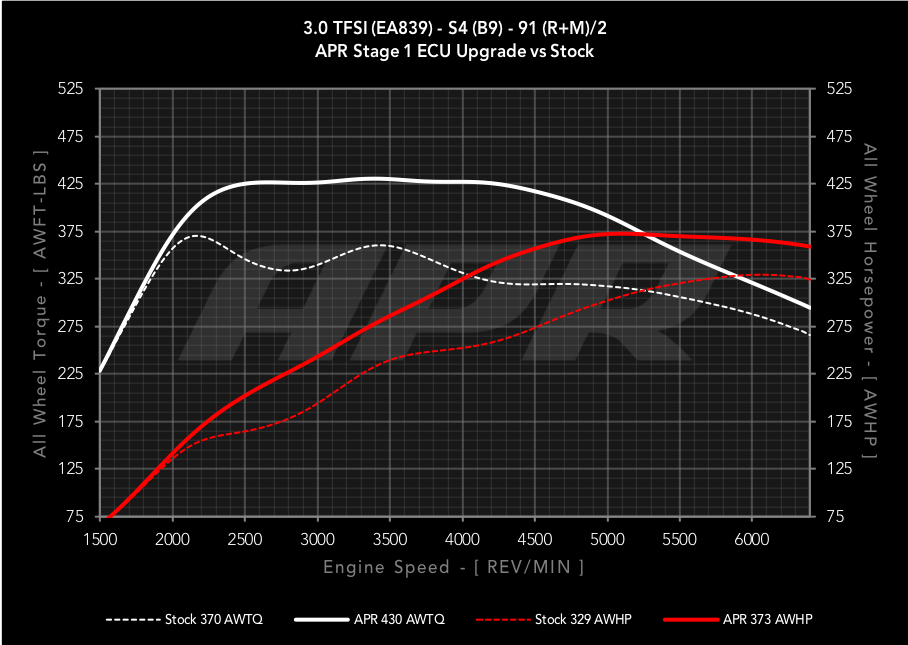 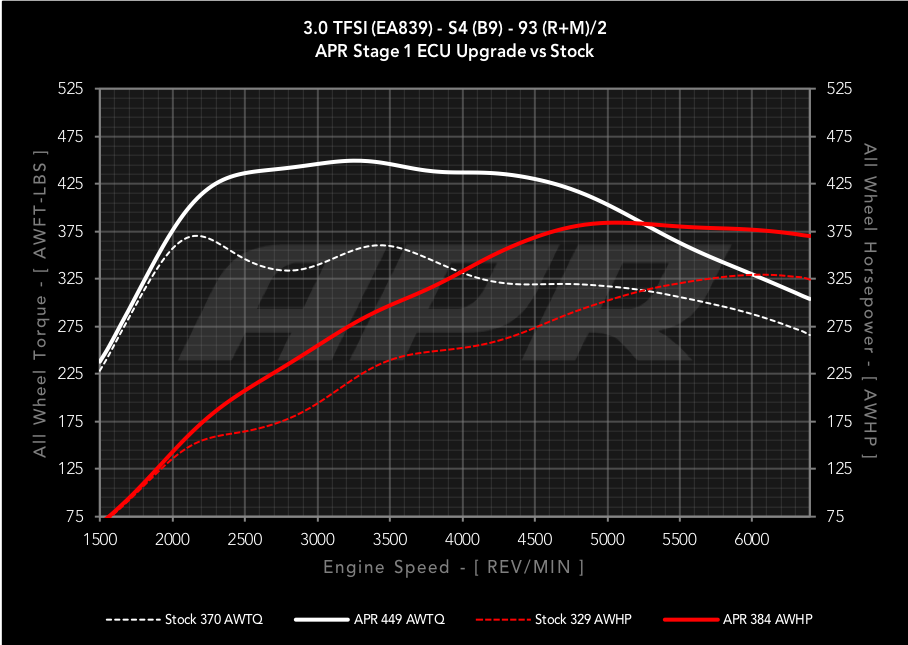 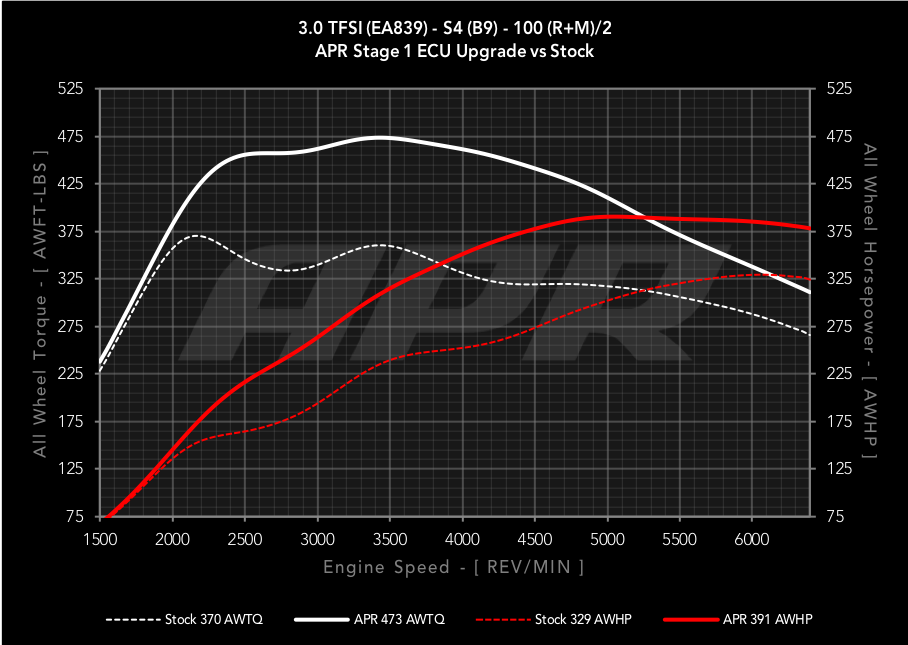 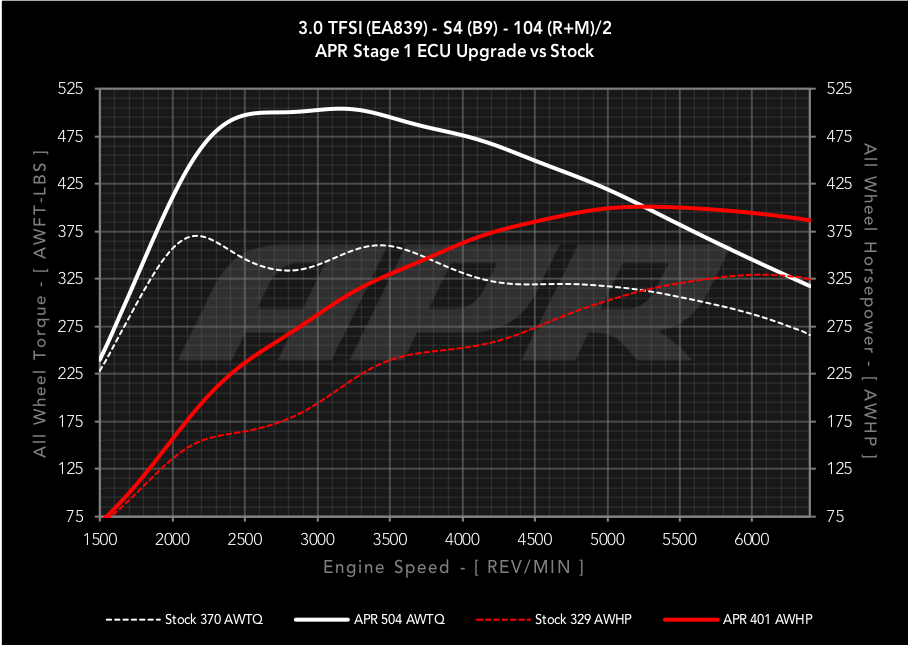 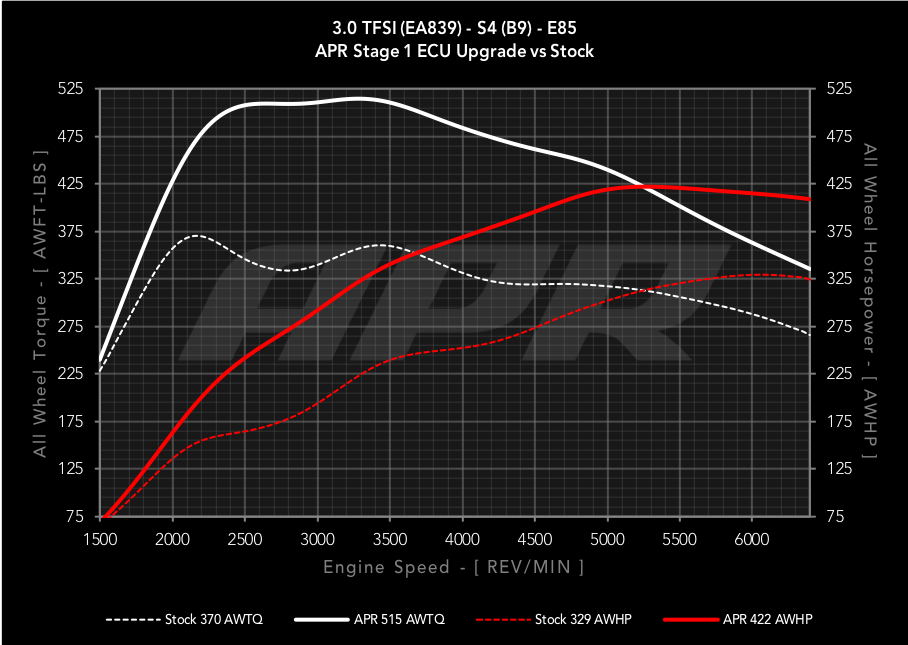 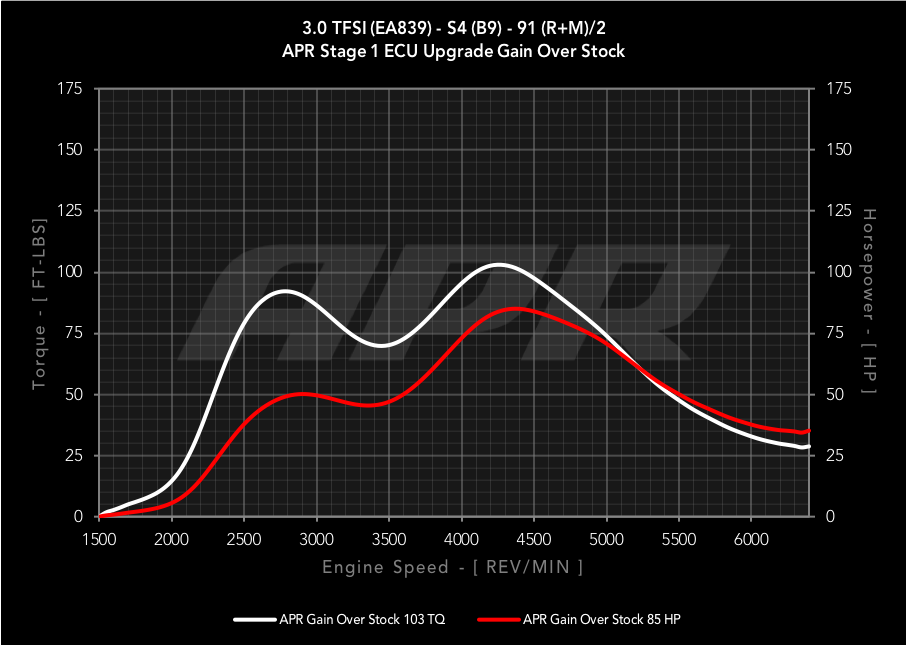 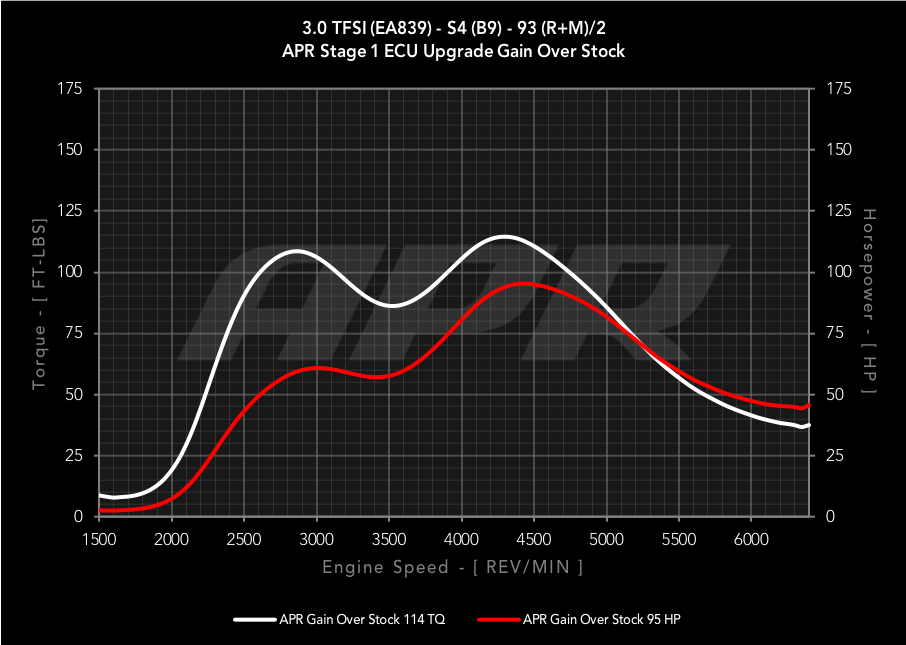 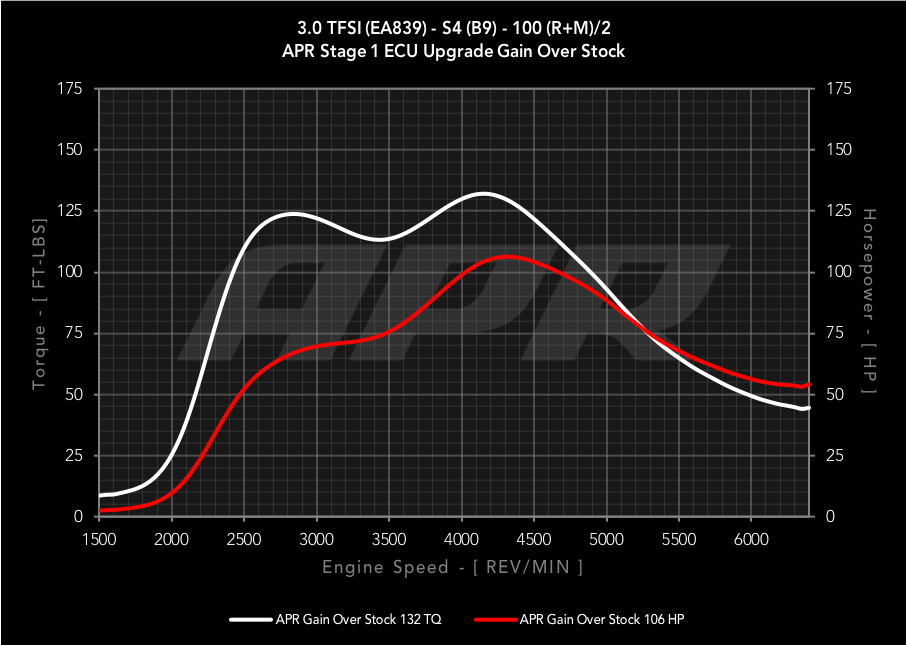 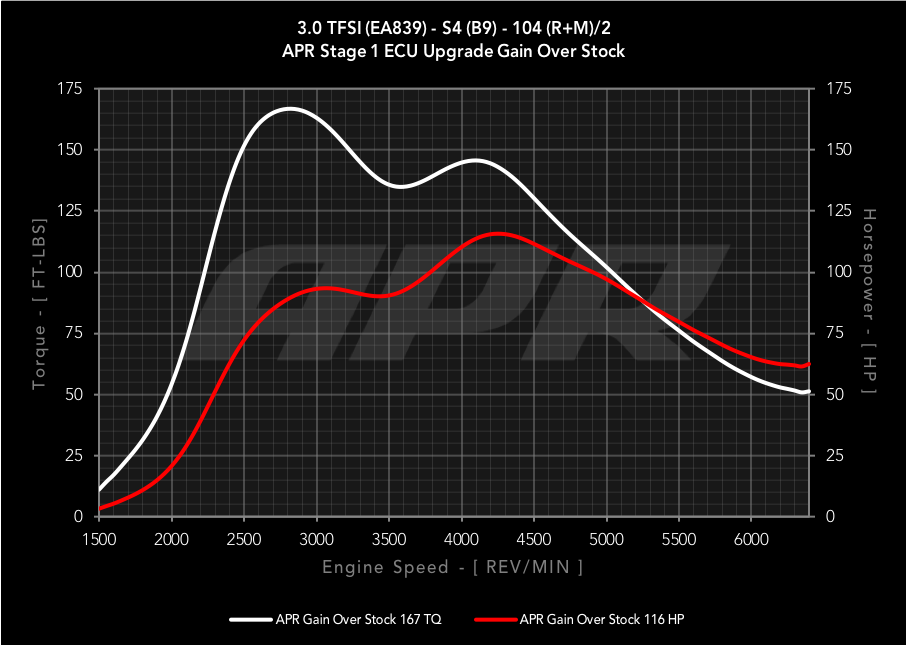 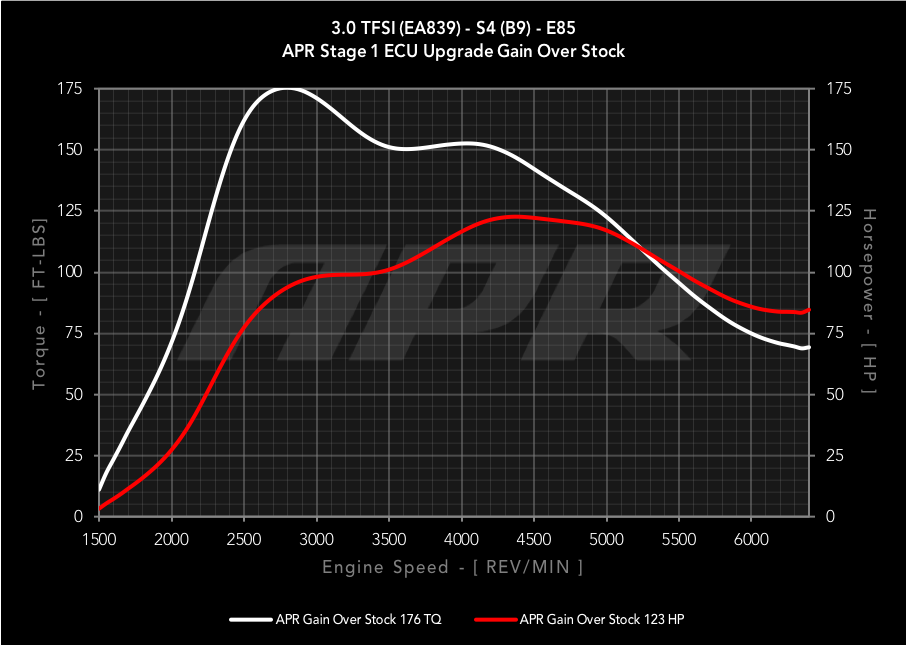 The 3.0T engine uses a Bosch MG1 ECU for engine management. Basically, it’s a computer that tells the engine how to operate. Tuning software, like the APR ECU Upgrade, tells the engine how to make more power. It does this by running more boost pressure, optimizing the cam shaft positions, valve lift actuation, adjusting the air/fuel ratio, advancing ignition timing, and more.

The 3.0T’s ECU is incredible. Without the driver knowing otherwise, the ECU makes intelligent adjustments to the engine’s operations to keep it running smoothly. Unlike ECUs found in many other makes and models, when properly tuned, the ECU eliminates the need for custom tuning to maximize output, even when weather conditions change dramatically.